Do You care when someone copies your style 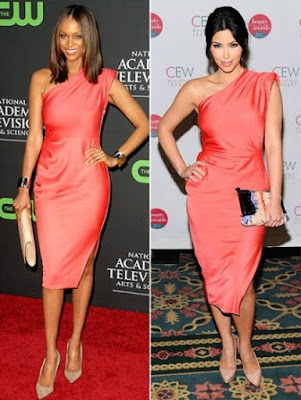 I recently noticed headline after headline how Megan and Kate have similar clothes in different occasions, I became fascinated with the concept of “copying” (particularly outfits) and how my fellow adults, felt about it.
When I was at school I didn’t like my friends wearing the same clothes as I did, I liked to wear different clothes, I never wanted them to know where I bought them. 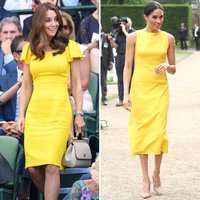 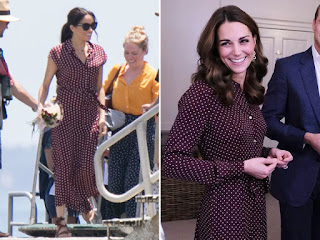 On another occasion they had both burgundy looks on the exact same day.

It could be a coincidence but was it really? Taking into consideration how much thought goes into what the royals wear, that is quite unlikely. Is it a media strategy or are the two ladies just copying each other?

As a youngster I was protective of my ideas, I preferred even go shopping alone instead of with friends but as I grew older there was a shift in my behavior which I granted to maturity and to accepting that no idea is actually original.
Today we are fed by information and ideas thanks to the internet. Copying certain
style or outfit can’t be  avoidable.
I asked a few of my friends, colleagues about copying:
“I had a friend who used to copy my necklaces, THAT bothered me” said Christine.
“I don’t mind saying where I buy my clothes but I will never name my perfume” said Shirly.  Gila said “I wish I were among those who believe copying is the sincerest form of flattering, but all the same it drives me crazy.

I think outfits and accessories always look different on everyone, so sharing of ideas never feels like duplication. Don’t we all copy influencers, bloggers outfits’ ideas? Don’t we all want to owe certain outfit or accessory that we see on instagram or facebook?
How do you feel about copying? To be honest my objective behind writing this was to hear your thoughts in particular, so let’s get into it in the comments.